“Brilliant…Albert has inherited the house Grace Paley built, with its narrow doorways just wide enough for wit and tragedy and blistering, exasperated love. And no one is better suited to manage that estate, to keep it unapologetically going, to keep its rooms of inquiry open… [O]ught to be as essential as ‘The Red Badge of Courage.'"
~ Merritt Tierce, New York Times Book Review

"In After Birth, Albert turns her now-trademark dark humor and merciless lens on the first chapters of life from the perspective of a new mother, and the result is a perfect balance of light and dark."
~ Sarah Seltzer, Lilith Magazine

"There is vitality... a psychological candor that at once illuminates an extreme individual response and gives way to a sheltered aspect of the human condition. She achieves truth telling, as the great Norwegian novelist Knut Hamsun once cast it, in 'unselfish inwardness.'"
~ Minna Proctor, Bookforum

"After Birth is going to tear everything you thought about birth and motherhood to shreds."
~ Jeva Lange, Electric Literature

“Coarse and poetic and funny as hell, full of the hard truths no one tells you beforehand, including just that: No one tells you the truth.”
~ Ellen Akins, The Star Tribune

“Ari’s voice is freewheeling, manic, edgy: the voice of an intelligent woman on the edge of a nervous breakdown. It’s like Lorrie Moore but more cracked open, running on not enough sleep."
~ Alexis Nelson, Los Angeles Review of Books

“A breathless psycho-dramatic tour that begs to be re-read immediately.”
~ Jonathon Sturgeon, Flavorwire

“As they bond, the women deliver themselves (if you will) of profane, cathartic, wickedly funny arias of anger about the shock of their experience. After Birth is complaint literature in the distinguished tradition of Philip Roth.”
~ Sam Sacks, The Wall Street Journal

“The book screams with energy and sparkles with wit….After Birth lays bare one of the secrets of growing older, namely that the true fantasy of a woman no longer in her twenties is not for a man, but for a good friend.”
~ Ha'aretz

“After Birth's frank talk…would almost certainly have left Bukowski squicked out and quaking behind his hangover-sunglasses… Perhaps in all those conversations about likeable female characters, we've forgotten something key: Characters like Ari are only unlikeable if you've never talked to an actual woman… The anti-heroine I'd been waiting for… There is freedom in acknowledging ugliness, in exposing, rather than softening, the sharp edges of the world.”
~ Portland Mercury

"This caustic novel is an entertaining take on the vicissitudes of female friendship."
~ New York Times

"With shades of light and dark, After Birth is the unutterable misgivings of new motherhood writ large."
~ Irish Independant

"Albert has given us a portrait of modern motherhood that will provide insight for some and provoke others. For others still, in its quieter moments, as it reaches for an honest way to talk about birth, it will be like that big old bell ringing in them, a reading process of recognition and reunion."
~ The Guardian

"After Birth is a novel that will provoke strong responses from its readers; it is gutsily and sometimes messily – as the case should be – feminist in its politics. Firstly, though, it's entertaining, funny and heartfelt. And, most importantly, Albert can write. She's clever and caustic, and her prose crackles with energy; sometimes something primal, sometimes slightly manic – either way it's always there."
~ The Independant UK

"After Birth is a romp through dangerous waters, in which passages of hilarity are shadowed by the dark nights of earliest motherhood, those months so tremulous with both new love and the despairing loss of one's identity—to read it is an absorbing, entertaining, and thought-provoking experience."
~ Lydia Davis, author of Can’t and Won’t

"Bukowski wrote that he preferred people who scream when they burn, and nobody I know burns, or screams, like Elisa Albert. Dark, wise, funny - she is Bukowski with a vagina and a motherfucker of a hangover."
~ Shalom Auslander, author of Foreskin’s Lament and Hope: A Tragedy

"A deep, funny novel about the terrors and exhilarations of love in all its forms. Elisa Albert writes with startling clarity and furious wit about marriage, motherhood and friendship, illuminating these familiar landscapes with lightning flashes of revelation."
~ Jenny Offill, author of Dept. of Speculation

"A voluptuous, hilarious, scaldingly and exhilaratingly honest account of new motherhood, emotional exile, and the complex romance of female friendship. I'm a huge Elisa Albert fan, and in her latest she has perfected a tonal pivot that whips the reader from laughter to revelation in a sentence."
~ Karen Russell, author of Swamplandia!

"This book takes your essay about 'likable female characters', writes FUCK YOU on it in menstrual blood, then sets it on fire.  Then sets YOU on fire!  Then giggles, then makes s'mores over your smoldering corpse."
~ Emily Gould, author of Friendship

"With After Birth, Elisa Albert has proven herself to be not only one of our most important novelists, but one of our most honest feminists. Darkly funny and impossibly wise, Albert creates a visceral sense of entrapment, a spot-on account of life as a woman. After Birth is dangerous, gripping, and essential--The Bell Jar of our time."
~ Diana Spechler, author of Who By Fire and Skinny 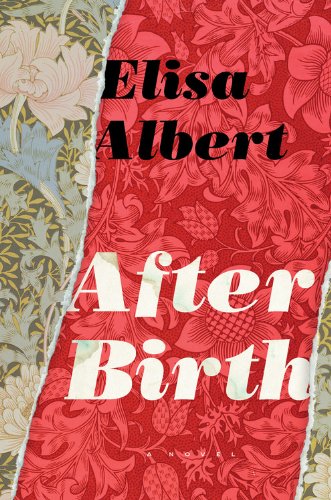 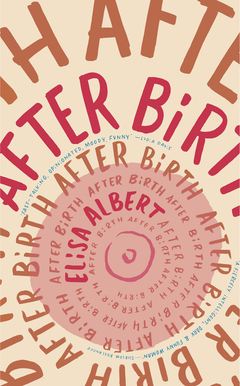 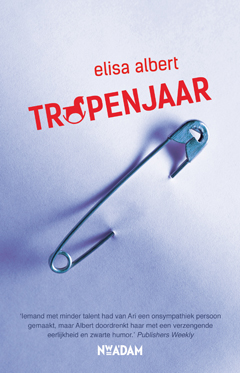 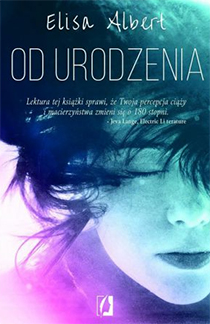 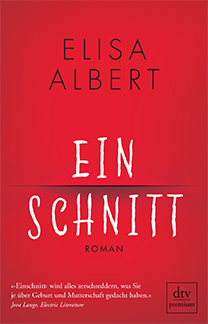 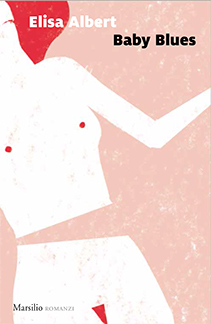